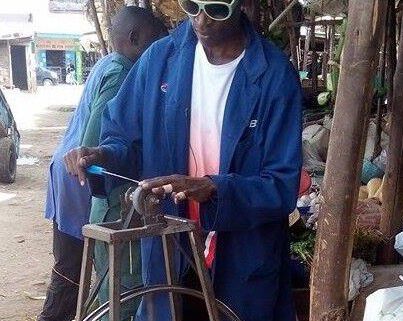 Today in our series on Run2Gether athletes, we’d like to present Ronald Ngigi KARIUKI, better known as Ronaldo.

Our summer running guests atop the Turracher Höhe know Ronaldo as a friendly young athlete always ready to have some fun. His first visit to Europe was in 2015.

After 3 months in Austria and considerable success at several races, Ronaldo is now back to the daily „grind“ in Kenya since his earnings in Austria naturally aren’t enough to live off of. And so, in addition to training, he has the task of supporting himself.

His alarm clock goes off at 5 a.m. After a small breakfast, he rides by bike to go train prior to starting work.

After two hours of intensive training, Ronaldo hops on his bike again for a 10K ride to work. Ronaldo works as a knife grinder at a small market and stands grinding knives Monday to Saturday from 10 a.m. to 8 p.m.!
Ronaldo comments: „I use my bike to collect knives from hostels, butcheries, restaurants and specific rich homes, then ride back to my work shop!“

Aside from training and working 6 days a week, Ronaldo has little spare time – but he always manages to have some fun whenever he can. 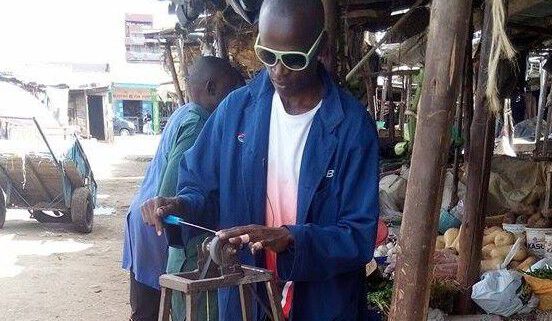